Initiation Europe Spain Things to do in Bilbao, Spain - In addition to the Guggenheim 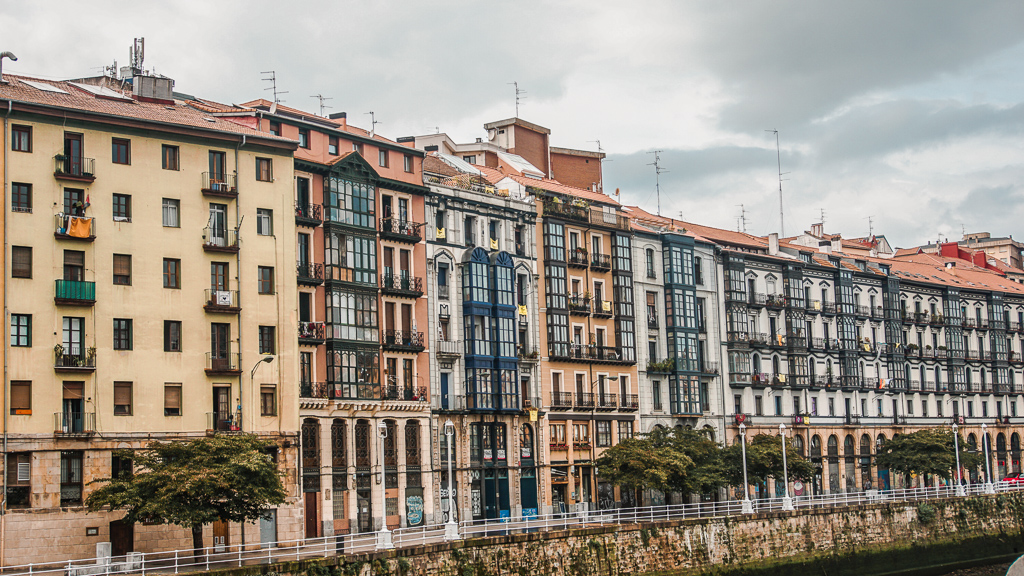 Bilbao is the kind of city that you conquer little by little. The traces of a check out here arquitetura environment. The lovely world of navigate to these guys arte that seems to pop up every corner of the city. Of course, appetizing why not find out more gastronomithe location that makes the fun lovers of a good dining experience. All this makes Bilbao is a city that goes far beyond the Guggenheim Museum, come check best dating sites in india for free o que fazer em Bilbao.

The most cosmopolitan and modern city in the Basque Country, carries a disturbing past of conflict and decay. The success of the city's revitalization plan, Bilbao is putting more and more on the tourist radar. It ranked second as melhor destino europeu de 2018 (full list) And book Star: Origin, Dan Brown.

I'm sure like me, you will also be enchanted by this city.

Things to Do in Bilbao

Bilbao is not a big city, let alone a difficult city to explore. Two days are enough to know everything that's good there. Enter the museum, taste the famous pintxos, Strolling by the historical center and enjoy a panoramic view of the city.

All very close with easy public transport (and running), you can know the city pretty much on the walk.

Read: everything you need to know about Guggenheim Bilbao Museum

Bilbao seems to play with the lines, with the architectural styles and with our imagination. While there at the Guggenheim we have the vision of the future in casco viejo, The historic center, is an invitation to go back in time and know the roots of Bilbao.

The seven streets (Las calles Sietes) It is forming a medieval old quarter, declared historical-artistic monument. The seven streets, alleys are small walkways that let you enjoy the colorful detail of the buildings, balconies and windows without worrying about traffic.

Between an alley and another from the old town center we find the Bilbao Cathedral, XIV century. THE Plaza Nueva where there is a huge and irresistible variety of pintxos bars. O Basque MuseumIs Basque history museum, and the Arriaga theater, Considered one of the most important theaters of Spain.

The revitalization of the city was gradually bringing art to every corner of Bilbao. O Azkuna Zentroa It is an old converted wine store is a cultural center. Built on the 43 columns that are works of art. One different. A building that seems to have been built inside another building.

I recommend a visit to meet the more modern side of Bilbao.

Bilbao is surrounded by green hills. It art, has food and also has very pure air. Beside the said to be the heart of Bilbao, the Guggenheim, we found the green lung of the city: Doña Casilda Park. If the day is beautiful, I recommend a walk through the small and nice city park, where is located the Bilbao Museum of Fine Arts.

The Zubizuri Bridge is considered the best view of the Guggenheim Museum. Perhaps the feature and design of the bridge you look familiar, was designed by the Spanish architect Santiago Calatrava responsible for iconic projects that follow the same line as: Museum of Tomorrow, in Rio de Janeiro, Ciudad de Las Artes y Las CienciasIn Valencia, Puente de las MujeresIn Buenos Aires, among other projects which are many characteristic of the artist.

The city seen from above ...

I left it for last on purpose. The place is fantastic, no doubt, but I like to say that Bilbao is much more than the Guggenheim Museum.

But without it perhaps the city would not be where it is today. There early in the city's revitalization plan, bringing the Guggenheim to be part of it all was an important step in the process. Besides the curious shapes and bold design curves of Frank Gehry can find the famous museum of art works scattered on the side outside the enclosure, such as Puppy, the flower dog. Mamá, the giant spider and also Tulipanes, colorful flowers that reflect the remarkable museum building.

If you're a fan of modern art, consider a good part of your day to explore the outdoors and also the interior of the museum. Take your audio guide, head towards the impressive atrium of the Guggenheim and have fun. The space is a plate-full for those who admire this kind of art.

Now, if you are not such a fan so rethink its entry into the site, but by no means sure to visit it out. The architectural complex of the Guggenheim work is fabulous, it is worth to go there to know the area Art District, It is known as the external space of the museum where you can find some of the works of art mentioned above. Read our post on the Guggenheim Museum.

The Basque Country as a whole is known for its rich and tasty cuisine, moreover, the region takes the title of being the paradise of Michelin starsBut the capital of this paradise is in San Sebastian. And we've talked about this in another post where to eat in San Sebastián.

But the cuisine of the city leaves no one in the hand and has for every taste and budget. After all the "dish" more traditional of the Basque Country are the famous pintxosA snack on a piece of bread. Simple, easy, fast and cheap.

Near the Guggenheim Museum, by chance, found the Las Cepas. A nice and lovely restaurant seemed something right place and also that restaurant "business" I love this kind of restaurant that day to day with good food, fair price and super charming.

Day menu option (always a great choice) à la carte or even pintxos that can be sampled directly at the counter.

Not I who will tell you what is the best Pintxos bar in Bilbao, I believe this to be mission impossible. Even the sites would be in doubt about "the best". Pintxos Bar in Bilbao is a serious thing and everyone has their favorite, but here is a list of the darlings of those who understand the business.

If you want to taste the "star Bilbao," check out the five starred restaurants in town: Etxanobe, Mine, Zarate, Zorrziko and Nerua (Located inside the Guggenheim Museum and the list of the 50 best 2018 restaurants in the world).

Bilbao has a train station, located in the city center. There arrive trains of the main Spanish cities. As the city also has an airport that receives flights from Madrid and Barcelona.

If your intention is to explore the Basque Country, I recommend you rent a car or come with him. There are several options to chat back from Bilbao that can be made by car.

drive to Gaztelugatxe - Game Of Thrones scenario is a good choice, or know the Oman Grove - a museum in the open. In addition of course to meet San SebastianAlthough I recommend that sleep at least one night in town.

For 15 days Spain, car - From Madrid to Barcelona, ​​passing by the Basque Country.

If you, as I choose to know the destinations on four wheels and loves making a trip road rent your car through Rent CarsBy our affiliate link. So you help us to keep the contents of passport with pepper to date.

Bilbao is not a cheap city in the issue is hosting. As already said the city is the largest city in the region, but you can do everything on foot and if you are well located locomotion easy enough.

Hiroko Apartment - Classification 7.8 this was the apartment I was staying. I was in a group of six people, so this recommendation is only valid for large groups.

Other options hotels in Bilbao.

Burgos, Spain - What you can not miss

This website uses Akismet to reduce spam. Learn how your comments data is processed.

About Us
We present a Europe outside the obvious and show that the best trips are hidden on the map. Here we enjoyed the style: slow-travel, exploring the destinations on four wheels.
Contact: passaportecompimenta@gmail.com
© Passport with pepper
MORE STORIES
Spain